We were honored to participate in helping Beach Bar Clark Lake’s recent remodel and restoration. The Covid situation caused much disruption to the marketplace and especially small businesses. The hardest hit were restaurants and bars. The Beach Bar & Restaurant, 3505 Ocean Beach Road, reopened Wednesday, April 7, after closing in November 2020. At the time, Owner John Collins described the hiatus as “taking a break,” and a Facebook announcement mentioned the difficulty of operating a business during the COVID-19 pandemic. But regulars may be surprised when they head in for the first time back. Beach Bar management took four months to make renovations inside and expansions to the outside patios, all while maintaining the restaurant’s classic character.

John contacted us to restore an original Rock-Ola Antique Shuffleboard table that has been in the bar since it was started. This was the second time the table had been restored and it was originally put in the bar by John’s grandfather. Founders of the Beach Bar, Harry & Marie Collins opened the bar in July of 1946. Rock-Ola Shuffleboard tables were made in 1948 and 1949 so the table we were honored to restore was put in the bar brand new. Below is a picture of Marie Collins playing shuffleboard on the original table. 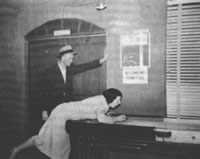 In 1959 the bar was sold after thirteen years under Harry & Marie Collins management making the Beach Bar a popular bar and restaurant. The bar was then re-acquired by Harry and Marie’s son Tom and his wife, Peggy in 1976 and brought the Beach Bar back to its former glory and popularity. The Beach Bar has flourished for over seventy years under the Collins Family’s ownership and management, in conjunction with literally hundreds of staff, both past, and present. Currently owned and operated by Tom and Peggy’s son John shown below beside the newly restored Rock-Ola Shuffleboard Table. 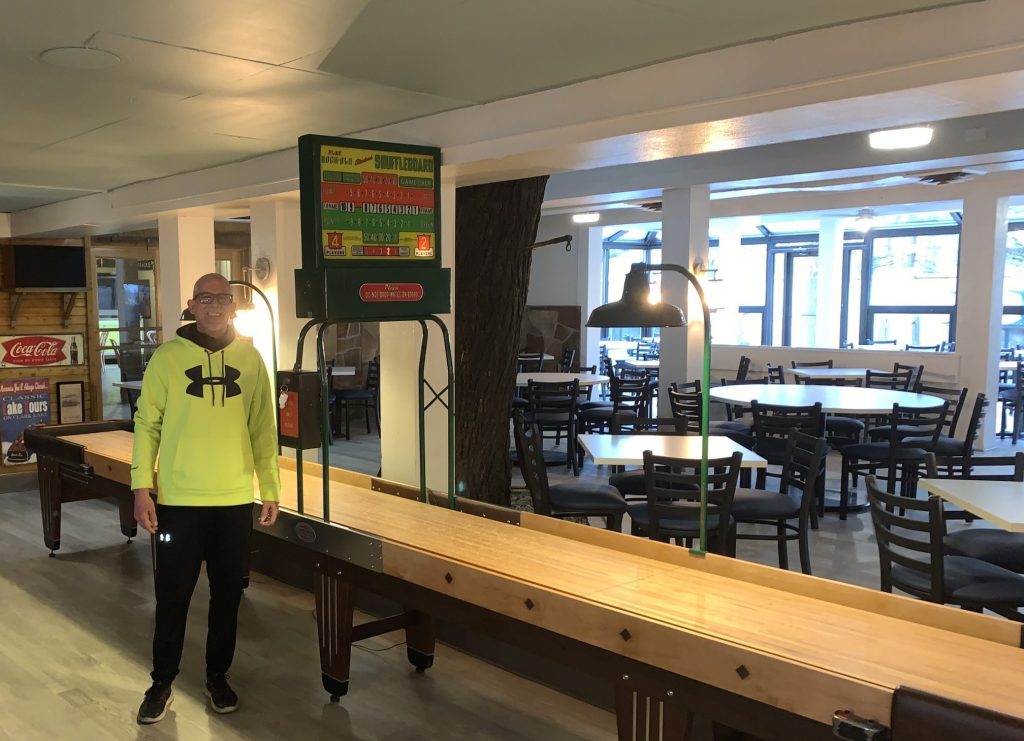 McClure Tables sells restored Rock-Ola Shuffleboard Tables on their website and we also restore many antique tables. We often restore just the playboard but can do the entire table. The one area we are not experts at restoration on is the electro-Mechanical score units. We can restore the wood cabinet but on the insides, you need to find someone who can fix antique pinball machines or old electro-mechanical equipment. We were honored to bring back to life this antique Rock-Ola shuffleboard table owned by three generations of Collins at the Beach Bar in Clark Lake Michigan. Here are some pictures of the table

Here are some pictures of some different Rock-Ola Tables before and during restorations these were not necessarily the original Beach Bar shuffleboard. Just a few examples of before images of how we can take a rough or unrestored Rock-Ola and bring it back to its original beauty.

Rock Ola Assembly
Assembly and fit of the cabinet

Rock Ola Table
This table was shipped assembled to us

Rock-Ola Stamp
The markings on an original board

If you are in Clark Lake Michigan stop by the Beach Bar enjoy some of their delicious food where they have no frozen ingredients and no fried foods. The sandwiches, croissants, salads, and pizzas are made as ordered, not pre-made.  They have world-famous soups that are made every morning from scratch and they take pride in offering such a one-of-a-kind menu.

Like McClure Tables, the Collins is a family-run small American Business. Please support small but beautiful small local businesses that make what they sell they actually have a craft or a product and brand they take pride in. They are not simply a brand name with a marketing department they have a heart and soul that embodies the American Spirit.

If you’re in the area stop by enjoy a drink or bite to eat and check out the shuffleboard table and the newly remodeled Beach Bar. Enjoy a game of shuffleboard on this classic antique Rock-Ola Shuffleboard 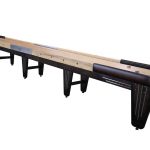