The biggest event in sports is coming up this weekend as the Baltimore Ravens take on the San Francisco 49ers in Super Bowl XLVII. Whether or not you are from Baltimore or San Francisco, or if you even really like football that much, odds are you’ll probably gather around the TV to watch the big game. The Super Bowl is really more of a pop-culture event than a sporting match, as the halftime show performances, pre game festivities and, of course, the multi-million dollar star-studded commercials make it one of the most watched events of the year.

Nearly everyone knows somebody who is having a Super Bowl party if they aren’t already throwing one themselves. Even if you don’t plan on avidly watching the game and  will have the TV tuned in more for background noise than to keep tabs on who’s winning, this is a great time of year to throw together the ultimate bash and even incorporate some table shuffleboard into the mix.

While the die-hard football fans are watching the game like hawks, gather the more casual fans around the shuffleboard and have a mini-Super Bowl of your own. To keep things exciting, avoid playing a simple game of Knock-Off and consider breaking into teams for a more challenging, and lengthy, round of Crazy Eights.

Split groups into two teams—for the sake of being festive, name one the Ravens and the other the 49ers. Instead of choosing who goes first by launching weights like you normally would, time up your game of shuffleboard with the game on TV, and whichever team wins the coin toss down in New Orleans will be the team that starts of the match in your game room.

Be sure to pause for the halftime show and even make a pool with your guests to make the game a little more interesting. 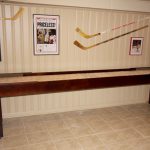 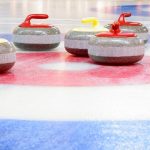