How Do You Keep Score In Shuffleboard: Tap And Draw Edition 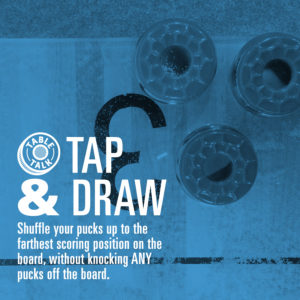 If you’re wondering how do you keep score in shuffleboard, what you really need to know are the rules particular to the specific game you’re playing. In the case of Tap and Draw, the rules are mostly similar to other games you play on shuffleboard tables, with a couple variations. If you want to add this game to your shuffleboard roster, read on!

The Basic Rules of Tap and Draw

As with most games, Tap and Draw can be played one-on-one or with teams. The object of the game is to send your pucks into the highest scoring area on the board, without knocking any other pucks off the table. Players alternate pucks in each round, meaning the first player throws their first puck, then the second player throws their first puck, and repeat until all pucks have been released.

As you can see, it can be easy to inadvertently aid your opponent in this game, so the tricky part becomes trying to utilize the opportunity to tap your own weights ahead without getting any of your opponent’s weights involved.

The Scoring of Tap and Draw

If you’re playing like Horse Collar, scoring is similar except that hangers become worth 13 points instead of four, and if your weight manages to hang off a corner of the board (rather than the flat edge), that will be worth 26 points. Playing like Horse Collar also means that you have to land a puck worth three, 13, or 26 points during your first round in order to score at all. If you don’t, you have to keep trying until you do. 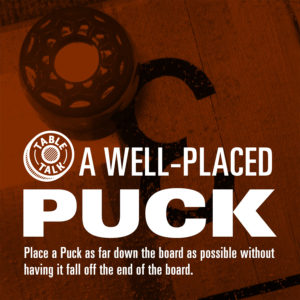 Tap and Draw is played until the last player throws the last puck. This means that even if you or your team have scored the game-winning amount of points, you could still lose if the other team or player scores higher than you on their last round.

“How do you keep score in shuffleboard?” is always a good question to ask, since there’s more than one answer depending on the game. A game like Tap and Draw offers you options in terms of scoring, so it’s good to know that you can tweak the game based on how many people are playing and how much time you have. Shuffleboard tables make any situation more fun, so the more games you learn to play, the better. 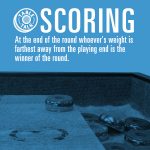 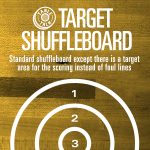 How Do You Keep Score In Shuffleboard: Target EditionShuffleboard Rules