Most bosses will agree that a happy employee is a more productive employee. If you work in a dank, barren space where fun is discouraged at all costs, the mood is more than likely not going to spawn a creative workforce.

This was the thinking that the head-brass at LivingSocial.com had when they went about designing their headquarters in Washington D.C.

The company employs more than 5,000 workers across the world, but the 900 lucky enough to call the new head office theirs enjoy what was recently voted by Inc. Magazine “World’s Coolest Office.”

Not only does the design feature playful architectural elements, but employees also get a chance to play around in their own lounges and game room’s scattered throughout the historic downtown office building.

In one lounge, the bosses purchased a series of skeeball machines for programmers and deal-finders to use during their breaks. On another floor, the team can compete in a shuffleboard tournament, as the designers placed a massive table in one of the main gathering spaces.

The space was designed by OTJ Architects of D.C. with the city itself used as an inspiration for the unique interior. According to the OTJ website, the concept was to resemble a traditional row-house neighborhood in the city, complete with meeting rooms that resemble public parks.

“The overall design gives a sense of visual excitement and playful vibrancy, providing a space that encourages effective, functional collaboration, while also providing an environment where employees feel relaxed and comfortable to do their best work, even while burning the midnight oil,” the Architects told Inc. in a profile.

Employees even get to play in an old school ball pit in one room if they get the urge to let out their inner child. Given the recent success of the relatively young company, a little fun in the office seems to go a long way in creating a productive workforce. 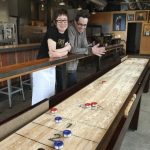 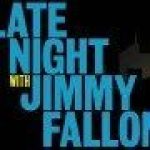