Shake Shack is a New York City-based fast casual restaurant chain known for their delicious New York-style hamburgers, hot dogs, fries, and delectable frozen custard. While Shake Shack made a name for itself through its mouthwatering food, the restaurant chain is also enticing customers with custom-branded shuffleboards from McClure Tables. 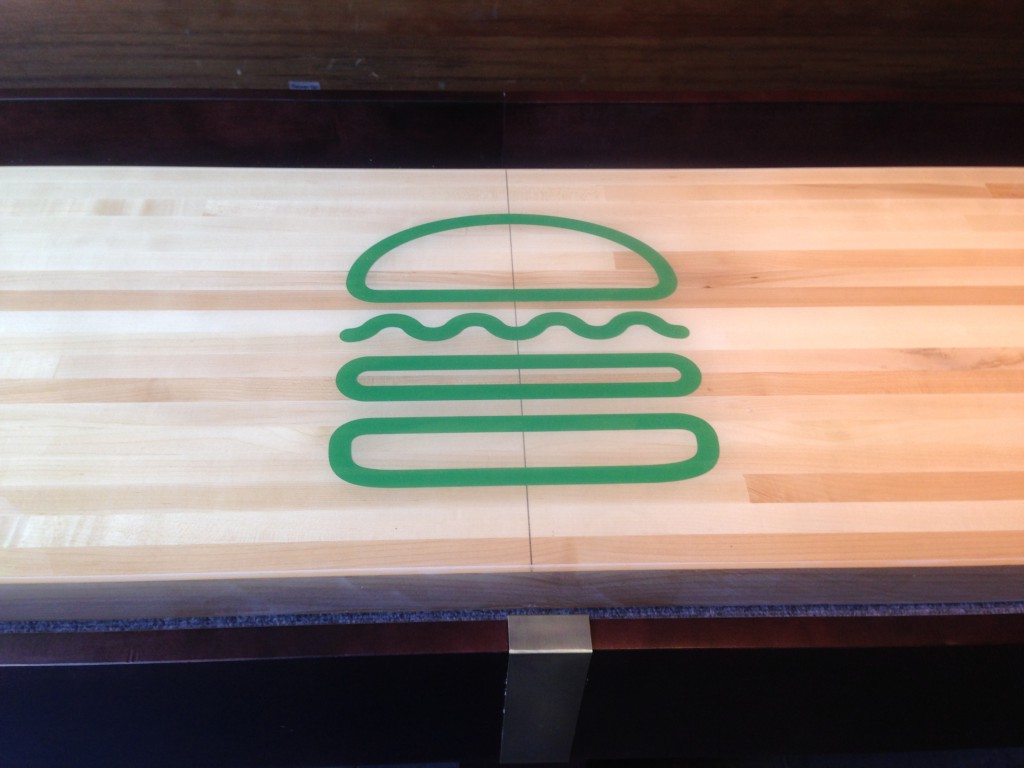 Over the past few months, three Shake Shack locations in University City, New Haven, and Union Station have upped the ante with custom-branded McClure shuffleboard tables.

Here at McClure Tables, we care deeply about what goes into each table, carefully selecting Michigan hard rock maple wood for each playing surface and crafting each table by hand – mirroring the kind of care Shake Shack’s teams take to source and prepare delicious burgers, fries, and frozen custard.

Andrew McCaughan, Shake Shack’s Director of Real Estate and Design, said the high-quality look and feel of the shuffleboard tables ties in well with the three locations. All of the Shake Shack tables are McClure’s maple-made Tournament Shuffleboard Tables, complete with custom-made Shake Shack logos.

“(The tables) are a great fit into the overall aesthetic of our Shacks and embody the same kind of quality we hold of ourselves,” McCaughan said. 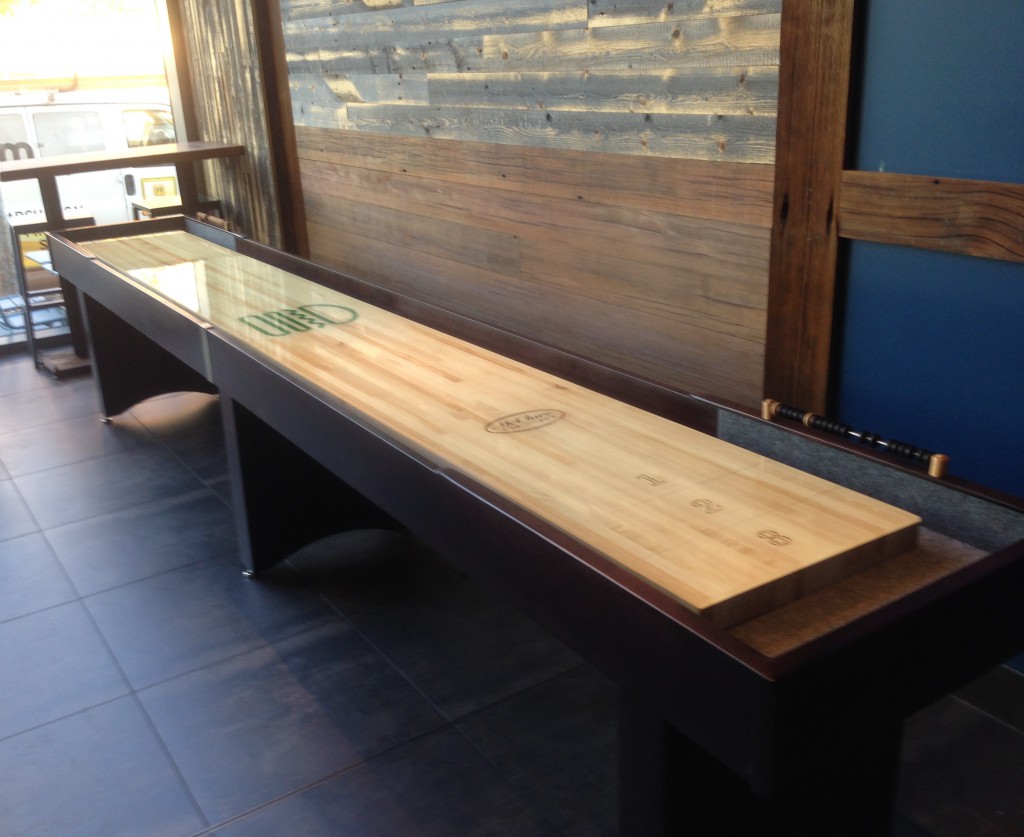 Here are locations where the recreational McClure Shuffleboard tables can be found.

For delicious food, scrumptious shakes, and a variety of entertainment, head out to Shake Shack for the ultimate dining experience. You can find a list of Shake Shack locations on the company’s website.