Shuffleboard and Other Amenities Available to Soldiers Thanks to USO

For generations, members of the armed services have been able to call upon the Unite Service Organization (USO) to help make juggling civilian life and their role in the military an easier venture. Whether providing entertainment to troops in the field or actually managing facilities to help service members and their families, the USO operate more than 160 facilities across the globe for America’s armed forces.

During the week of February 4, Operation Support Kansas USO is being held as a fundraiser to bring cash to the USO center at Fort Riley, a 7,000-square-foot facility that was built back in 2009 as a full-service family aid center. Currently, the facility employs two full-time staff members and roughly 50 volunteer workers every month. In its first 100 days of being open, the Fort Riley USO Center was visited more than 10,000 times by families looking for a “home-away-from-home.”

As far as amenities go, the facility has nine large screen television sets in family rooms throughout the building, along with numerous video game systems, shuffleboard tables and a billiards parlor. Soldiers at the Fort are also allowed to take advantage of free WiFi and calls home, so that they can stay in touch with loved ones across the country. Since its opening, the center has logged more than 90,000 visits from soldiers and families at the property.

Along with providing basic creature-comforts to soldiers and families, the facility also looks to help service members transition to life back from combat as well as those who are just about to ship out.

The Fort Riley USO Center is one of the many located in 27 states across the U.S. as well as 14 countries across the globe. The USO is a non-profit, non-partisan organization that has been active in helping soldiers since 1941. 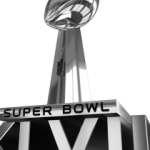 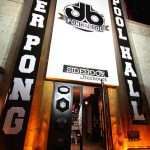