It’s common knowledge that shuffleboard is a game for the every-man, as it takes little experience to quickly develop extra skill at a simple game of Knock Off. However, the shuffleboard table has quickly taken on a higher-profile after landing a recurring segment on one of America’s most popular late-night television shows.

“Late Night with Jimmy Fallon,” which airs every weeknights at 12:35 a.m. on NBC, is one of the more playful talk shows that comes on after dark. The host is known for making A-list celebrities participate in games and activities that take them out of their comfort zone and show the human side to their often polished public image.

One such activity that Fallon is known for making his guests take a whack at is shuffleboard. The host will surprise celebrities by wheeling out a 20-foot-long board and force them to step up to the table. Naturally, he makes his guests nurse a giant beer while they line up each shot, and the winner walks away with bragging rights.

Perhaps the most memorable guest Fallon challenged to a game of shuffleboard was “Avatar” and “Clash of the Titans” star Sam Worthington, who proved quite adept at lagging a puck to the trey line while holding a brew. Fallon, who himself showed great prowess as a shooter, was no match for Worthington, who handily won the competition.

The host also challenged Hollywood star Jerry O’Connell to a mini-tournament in a match that was much closer than Fallon’s battle against Worthington. O’Connell declared at the beginning of the game that he was “born on a shuffleboard table,” although Fallon ultimately defeated the star when all was said and done.

You don’t have to be a guest on a top talk show to enjoy a game of shuffleboard, however, if you want to play shuffleboard like an A-list celebrity our Prestige shuffleboard table is not that dissimilar to the kind of board used during Late Night. 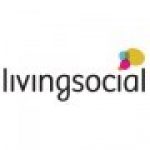