Shuffleboard Enthusiasts Gathered for a Massive Game in Columbus Ohio

Table shuffleboard is often considered more of a leisurely pub game than a full-on competitive sport. Unlike the game’s cousin – floor shuffleboard – major competitions for this game get less publicity, though they can be as serious for participants as playing in the Super Bowl. One competition that is equal parts serious sporting event and casual game among friends is the annual Terry Murphy Eagles State Shuffleboard Tournament.

This competition is the official statewide championship for Ohio shuffleboard players, and this year, the event was held at the Eagles Club in Columbus, Ohio. More than 270 players participated in the 2013 tournament, which took place on February 9.

The event was named for the founder of the statewide shuffleboard league, Terry Murphy, and has been a major gathering for fans of the game for 33 years. The tournament travels annually to a different Eagles Club throughout Ohio to guarantee that no corner of the state is overlooked by the festivities.

This year, the event featured 16 shuffleboard tables that measured 22 feet in length – regulation size for the tournament.

Those who participate range from avid shuffleboard players to those who only get behind a puck once a year. Judy Carr of Holdredge, Ohio, for example, told The Columbus Telegram that this is the only time of year that she ever participates in a game of table shuffleboard, which keeps the activity exciting and challenging all at once.

More avid players can purchase a regulation table of their own from McClure Tables for their home so that they can hold shuffleboard tournaments at their house year-round – whether they want a custom design or one of our many stock models. 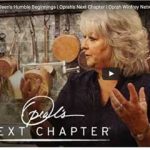 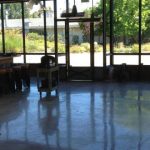 Shuffleboard, Brats and Craft Beer Are Coming to OaklandShuffleboard News