A recent article by the Palm Beach Post discussed whether or not the game of shuffleboard was dying out following the recent dwindling attendance at the 100th Anniversary Tournament for the Palm Springs Shuffleboard Association earlier this month. Although this tournament celebrated the version of the game played on courts and floors, table shuffleboard too has waxed and waned in popularity over the course of its long, storied history.

Anyone who thought that shuffleboard was losing popularity amongst younger generations needn’t look farther than some of the offices of the hippest, fastest growing young companies in the world to see that it’s youthful employees know how to let loose with pucks on the table.

When Facebook, one of the largest online social media websites on the web, opened up its offices in Australia, one of the first things executives did was look into purchasing a 12-foot long shuffleboard table for the company’s lounge. Now, while developing the latest applications for its users, the tech-savvy employees can take a break from logging in time behind the computer and challenge each other in an old-school game of knock-off.

Stateside, another revolutionary small company has included shuffleboard into its new headquarters as part of its rapid expansion. Zazzle, an online retailer that allows individuals to upload images to have printed on apparel, recently had a custom built shuffleboard installed in its Redwood City, California office. Founded in 1999, this start-up has blown up since investors like Google have helped the company turn into one of the top retailers online. Pictures of employees excitedly installing the new shuffleboard table are up in abundance on the company’s Flickr page.

Shuffleboard is a growing trend among businesses that are looking to bring a more upbeat vibe to the workplace as custom options like the kind offered by McClure Tables make personalized shuffleboards easier to attain than ever. 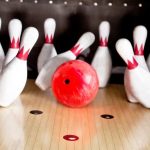 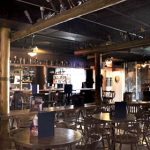