The Strategy of Throwing Shuffleboard Weights 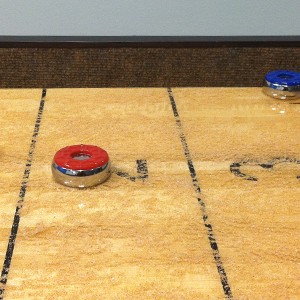 This concept may sound simple, but it does require skill. If you knock off each of your opponent’s shuffleboard weights after each shot, they won’t be able get any points. By attacking your opponent’s weights you are increasing the chance that you will knock all their weights off the board. Manage to leave one of your pucks on the shuffleboard table and you will win the round by (almost) default after successfully grinding out your opponent in this super defensive strategy. 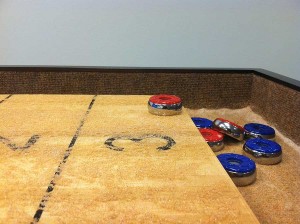 Where you send your shuffleboard weights on the board is a critical part of the strategy. Since the highest-scoring part of the board is at the end, you will want to send as many weights into this zone as possible. However, another gameplay method involves placing two of your shuffleboard weights on the far corners of the board. You should especially try this if you shoot first and if your opponent does not knock your weight off. Having weights at each corner of the board makes it difficult for your opponent to remove both of your weights from scoring position. 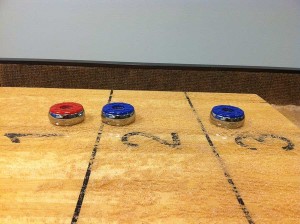 Another useful shuffleboard strategy involves using your shuffleboard weights as blocking mechanisms. In Knock Off you get the most points for weights that are farthest down the table, so once you have thrown your ideal shot, you will want to block the weight with your next shot. Carefully shoot your weight down the board so that you can surround and block, but don’t come too close. An expert shuffleboard player knows how to hit two pucks off that are close in a single shot. Don’t make things easier on your competition. 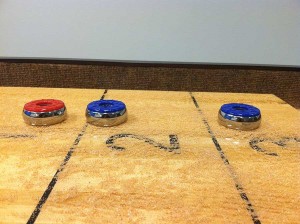 Another technique that will tremendously improve your gameplay is learning how to throw the shuffleboard weights with either hand. To develop better skill with controlling the speed and the arrangement of the weights, hold the weight with one hand and slide it along either side of the board. Then do the same thing using the other hand. It’s recommended to practice the differentÂ types of shots with both hands so that you can build muscle memory in both hands. Although it will take a bit of a time investment to practice like this, it will sharpen your abilities and make you a better player in the long run.

Whether you desire to become the shuffleboard authority in your house or you just want to get a little bit better at the game, the first step is understanding your shuffleboard weights. Rather than just throwing your pucks willy-nilly and hoping for the best, you can actually control their positioning by the way you hold and shoot the weight. Shuffleboard tables can exist in varying conditions from your home to the bar to the arcade, but if you know how to throw your shuffleboard weights, you can command any game on any table. 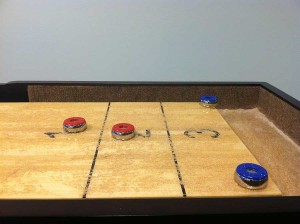 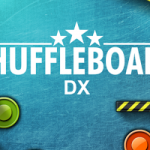