Shuffleboard Family Tree: Some of the More Interesting Branches.

1. Shuffleboard – You know what I mean. The OTHER shuffleboard. Deck shuffleboard like you see in advertisements for cruises and retirement homes. Table shuffleboards slightly oafish ‘brother’.
2. Sjoelen – I won’t pretend I know how to pronounce it and the rules are a little convoluted. Lots of pucks. Big scores. It’s a Dutch thing and I don’t understand. Shuffleboards ‘Dutch Uncle’?
3. Shove Ha’penny – Ha’penny means half penny which is an obsolete British coin. Shove means what it usually means. More turns, more scoring zones, smaller ‘pucks’ but the basic idea is still there. Perhaps the ‘father’ of table shuffleboard.
4. Bowling – Twice removed perhaps but still a cousin, both for the long, narrow butcher block style playing ‘board’ with gutters but also because you can  bowl on your shuffleboard table.
5. Curling – It’s always nice when Great Grandpa can visit from the old country. Seriously, this Scottish variant dates back to at least 1511 A.D., perhaps earlier. In this version, the ‘puck’ is still slid by hand (not a stick or ‘tang’ as in deck shuffleboard) but it’s called a ‘stone’ or ‘rock’ and it’s a solid granite disk weighing approximately 40 pounds.

It was the very first variant on our list that intrigued Henry VIII. He found the game intriguing enough to have wagered on it. We’re not sure how often, but there is actually a record of Henry paying off a 9 pound “shovillaborde ” debt to Lord William. That really brings history to life, doesn’t it? 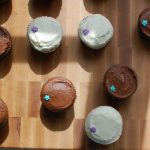