What Is a 3 Ply Laminated Strain-Isolating Shuffleboard Construction?

I have heard of a lot of gimmick driven marketing techniques but this takes the cake. A shuffleboard distributor who carries boards made in China has invented a new term and in his statement sounds like he’s claiming plywood is better than Butcher block construction. He claims that three layers of wood stacked together are better than a True Butcher block construction. We can all agree that shuffleboard manufacturers have been making boards since the 40’s with butcher block construction. We can also agree that if a board is not properly made and not properly maintained it can split and crack. However, if it happens at the glue joint then it was not properly made. The old Antique Rock-Ola shuffleboard’s glue joints were not that good, especially when compared to old American boards. If the board was left in an environment that was not humidity and climate controlled the boards often would have failure at the glue joints. American boards on the other hand are another case all together. This is a picture both of the side and end of an American board that was built in the late 40’s. From the tape measurement beside it you can see it’s no longer 3′ thick and has been refinished a few times throughout those years. Back then they did not use the Polymer and so they would often refinish the board.

Now if I was trying to make up some claim about a new way to make a shuffleboard top I could also show you some pictures of some old Rock-Ola boards that are split and cracked. However for over 75 years in America the standard was edge glued butcher block construction, not what you see below. 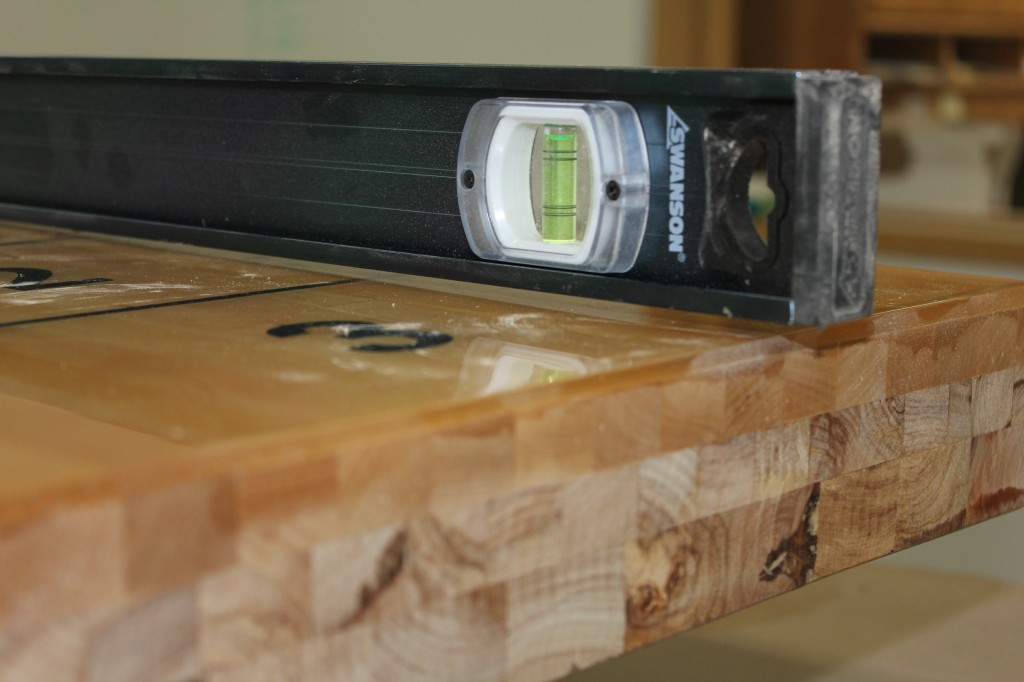 Cross Laminated 3 ply Strain Isolating board construction? This board looks warped notice the gap under the level

Notice the gap under the level. This board is warped down the length by about ¼ inch. Is this not what the distributor who uses a contract manufacturer claims specifically won’t happen? In our experience, this is a recurring problem with this type of board. If, as the distributor also claims, it is stronger and the pressure of the climate adjusters is isolated from the surface layer, then would it not just make simple common sense that it would also be more difficult to get the wood to conform and shape evenly when you have three layers of wood stacked on top of each other? I have heard from professional players that have played on these boards that they are all convex and you cannot get them flat.

This is an example of three ply laminated boards. How are they made? Well you see the two stacks of wood below these are actual pictures taken at the factory in Beijing that makes boards like this. They are the only factory in the world that makes boards like this. You see those stacks of wood sheets? They are made in Harbin China and sent in large sheets, 4 foot wide by 10 foot long, and they are glued together at this factory in stacks three sheets high to make a board. The board is then cut to size. They have been making shuffleboards like this for about 7 years at this factory in China. The USA has made shuffleboards the traditional Butcher block method for about 80 years. Which method do you think has withstood the test of time? Granted that with the advent of epoxy polymer coatings the surface of the wood underneath isn’t going to suffer from impact and friction but the quality of construction remains critical. To see how real shuffleboard time tested Butcher block tables are made see this video taken in McClure Tables Shuffleboard Factory.

These pictures were taken at the actual factory. This wood is harvested from both old and new growth Birch trees in Northern China. Soon it will become the top layer on a 3-ply laminated strain isolating Board? Wow, why not call a plywood manufacturer and ask if their plywood is stain isolating? This top layer used on the boards is birch. The centers layers are often of a softer and different type of material and often do not work together as the grain is running in all directions making it very difficult to shape to the proper desired play with the climate adjusters. See below two pictures of two types of boards side by side.

Notice how the wood is running vertical across the width of the board you have 3 stacks of wood glued together on top of each other to make a 3 inch thick playing surface. The width of each of the boards is not uniform so you have boards that will work against each other to accomplish what exactly? As this distributor is claim to keep from a board glue joint failure to occur. However it also will make the board virtually impossible to tune and adjust with the climate adjusters to the correct shape.

Notice each board is running horizontal up and down. This board is made with 3 inch thick boards, each laminated side by side. Every board is the same width and they are all working together. When you shape or bend the board to fine tune with the climate adjusters, the wood is moving together. You do not have opposing sizes, shapes, and even grain directions of the wood. A board made with true butcher block construction tested for over 75 years in USA can be adjusted and properly maintained to the correct shape.

This same marketing person also claims the board is made out of select kiln dried Maple playfield. We showed you a picture from the factory in China that makes these boards. In the Chinese language most factories refer to China Birch as in Pinyin Zhong Guo Feng Mu literal translation in English China Maple, so the translator will tell the buyer or distributor the wood is maple. However, if you speak the language and are familiar with the terms and slang that are common in the factories you know this wood is China Birch or Zhong Guo hua mu. In fact, I would estimate in the Game Table industry over 90 percent of the factories say that China Birch is China Maple. If you speak the language and correct them they will confirm yes it is Birch. However, in other industries like the Furniture industry, if you asked them if the wood is China Maple they will look at you like you are crazy and say, China does not have any maple, we use China Birch. If you are a distributor and want to advertise something as maple then it is your responsibility to confirm and know the source of the wood.

Today in business many people have become like our elected officials. Are the politicians corrupt and willing to say or do anything to get elected or is this reflection of our society. Will a shuffleboard distributor make false claims just to push or sell his product? I hope America is better than this. If you believe in honor, integrity and honestly then we would be proud to serve you as one of our customers. If you want to be sold a bill of false goods then believe what may sound like a good story and buy a 3 ply laminating strain isolated shuffleboard made in China. 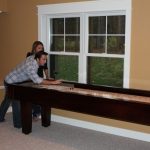 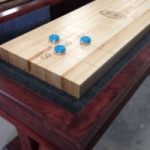