Where To Play Shuffleboard

Where to Play Shuffleboard

Shuffleboard is a game with a low skill level and which does not require any degree of physical fitness to play. Where to play shuffleboard is a decision that can include a variety of places. Many bars, pubs, and cocktail lounges feature bar shuffleboard tables. Sports bars are often known for interactive activities such as shuffleboard. Patrons can play socially or even team up and form leagues that compete against each other. 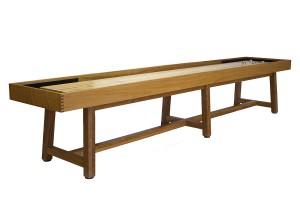 With game tables of 22 feet to as small as small as 9 feet long for home versions, indoor shuffleboard can be played almost anywhere. You can even play in your own living room if there is space available for the table. However, shuffleboard is still popular among its root crowd; soldiers that brought it back during World War II. It is played regularly at VFW clubs and American Legion Posts throughout the country Indoor shuffleboard is also popular among senior citizens. Senior centers often have tables, and since the game doesn’t require strenuous physical ability, it can be used for social recreation among the elderly. Shuffleboard even builds and maintains hand/eye coordination, so it has a benefit for people that play it as well.

Where to play shuffleboard depends on where you are willing go to play it. The local pub, from the high-end sports bar to the local dive, is the most popular place for the game. Bar shuffleboard is played by both serious and leisure players at many establishments across the nation as well as worldwide. 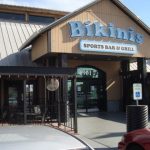 If You Have a Sports Bar Shuffleboard is a Great AdditionShuffleboard Tables, Tournament and Bar News