Baseball for Your Shuffleboard Table, Not the Backyard

In general, the maximum score required to win in any kind of shuffleboard game is pretty arbitrary. Although diehards stand by the rule of winners scoring 51 in the game Horse Collar or 21 in Crazy Eights, if you are looking for a game that follows a more lax scoring strategy, play a variation on a classic that simplifies a complicated scoring system without taking away all the fun.

Baseball is a take on Horse Collar that throws the traditional system out the window and instead pits the players in a nine inning face-off. Instead of trying to reach 51, the teams simply want to have the best score at the end of the nine innings. 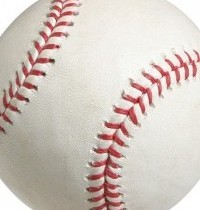 Getting points in both versions of the games is the same. Each team gets a chance to shoot all eight pucks down the length of the table each inning with the foul lines dictating the score every round. If a player doesn’t shoot the puck down past the short foul line, they get no points. Should the puck go past both the short and long foul line, then the player will receive one point. From there, scoring seems simple at first, as the space between the deuce line and the trey line will give a player two points, even if the puck straddles either of these boundaries.

Once a puck enters the zone at the farthest end of the table, the scoring gets tricky. Simply surpassing the tres line will get a player three points. However, should the puck straddle the gutter, the score goes up exponentially and that team gets 13 points for that shot.

For players with serious shuffleboard skills, getting a puck to straddle the gutter in either the far right or far left corner will allow the team to rake in 26 points.

Under the rules of Baseball, each team will get to take turns until all nine innings are complete, as opposed to regular Horse Collar, where they alternate until one team scores the coveted 51. The Baseball version is better for both teams with minimal skill, as it will ensure a game doesn’t drag on well past the point of being fun, and experts, who may get 51 points in no time, limiting the length of play. 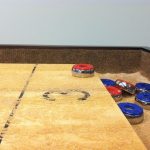 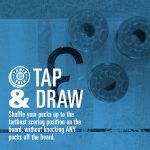 Tap and Draw: A Challenge for Players of Any Skill LevelShuffleboard Rules